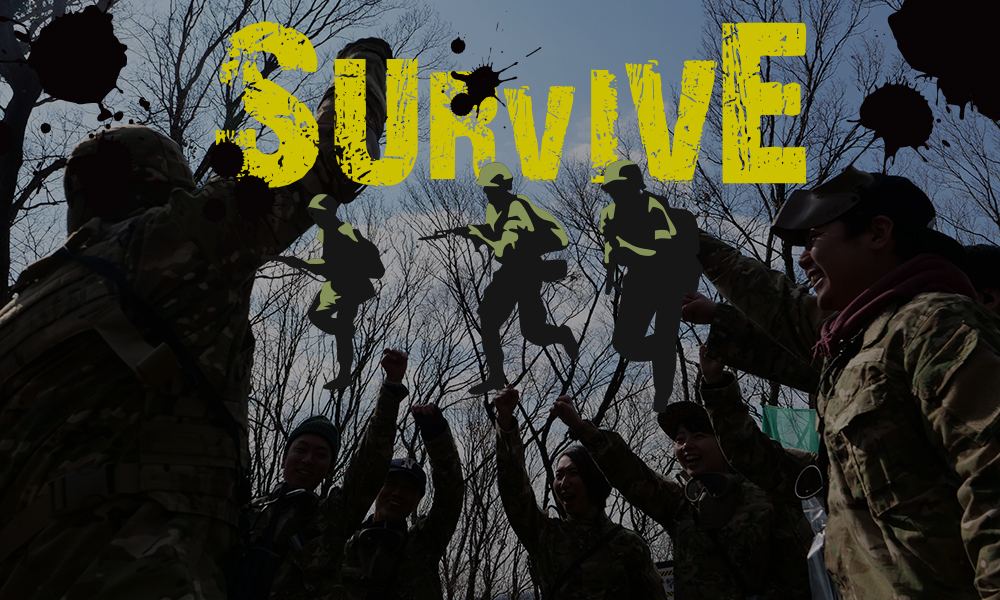 SURVIVE!
Why we recommend airsoft battle for teambuilding?
Because it is the best way to know what you and your teammates are good at.

As you may know, this game is to win a battle with your teammates against another team using airsoft guns.
We recommend renting a field made for the game. It is because there are instructors who can give orientations and you can also rent all kinds of gadgets, so even beginners are able to enjoy the game.
The game is mostly played by 2 teams with 5 people each. You can choose from many types of battles that takes about 10 to 15 minutes per game. 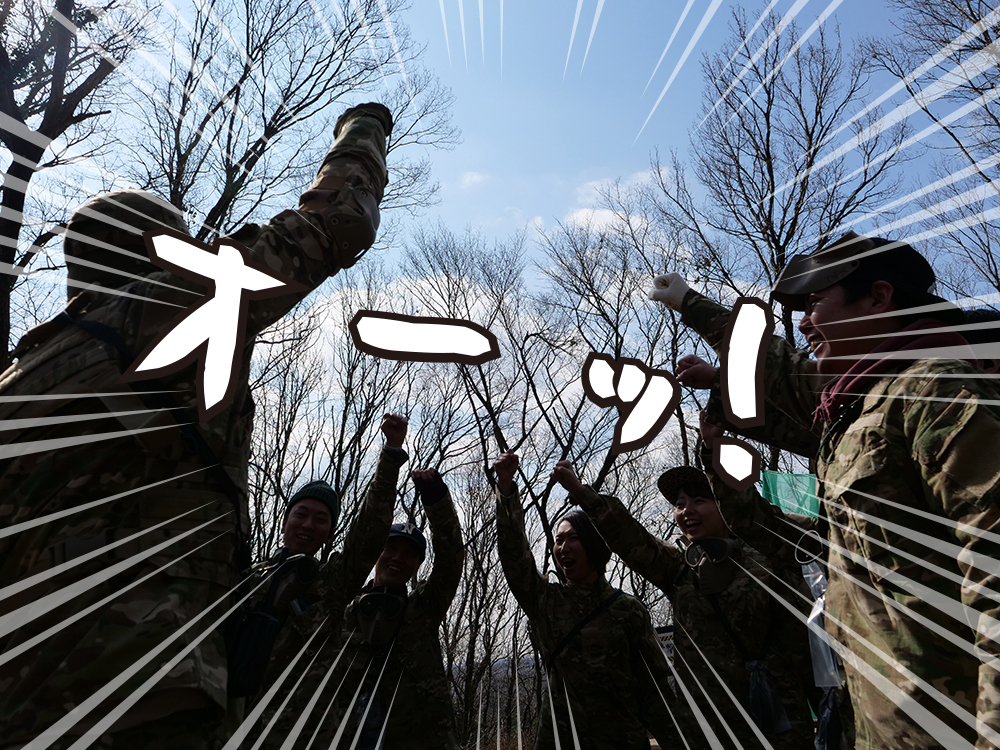 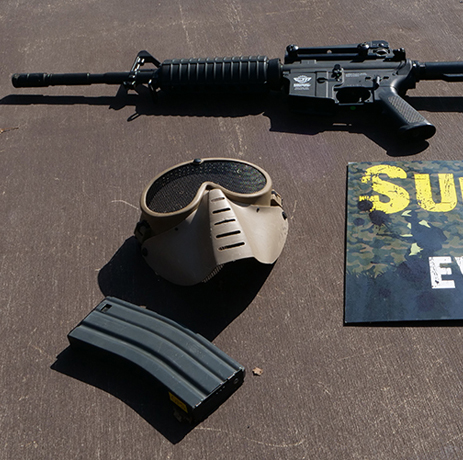 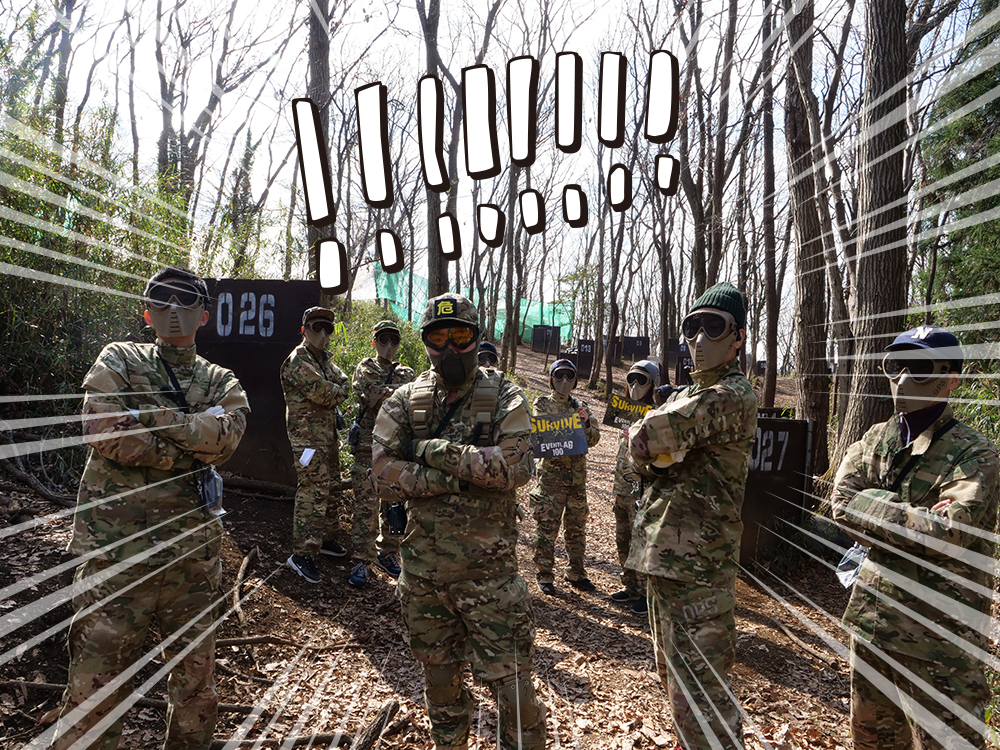 Going out to the field

We have gone to play the game to see if the game actually suits teambuilding.
The leader of this project had been preparing a lot for this day and gathered employees who are new to the game. As you can see in the pictures, we each got a transceiver which tells everyone your location. Because we knew where our enemies were, the game was played more strategically and with more thrills. 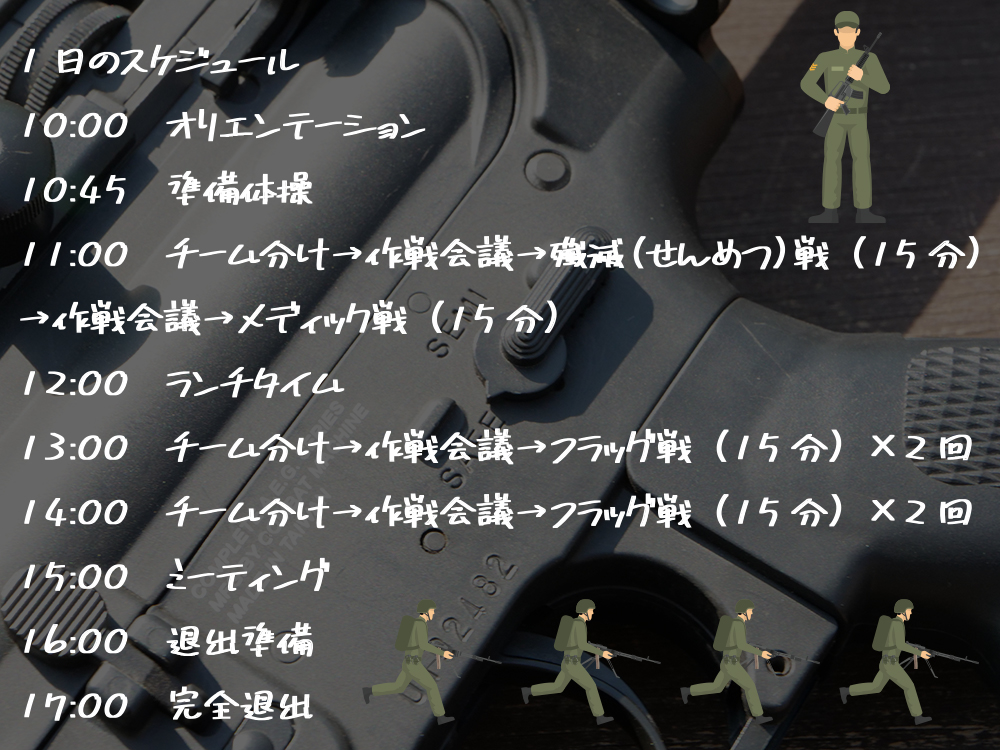 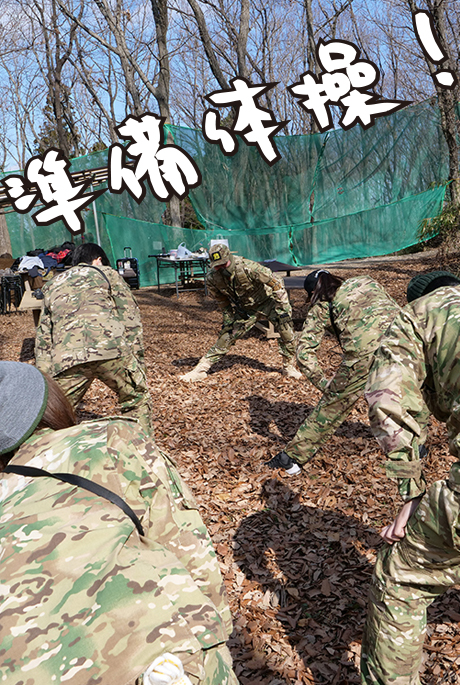 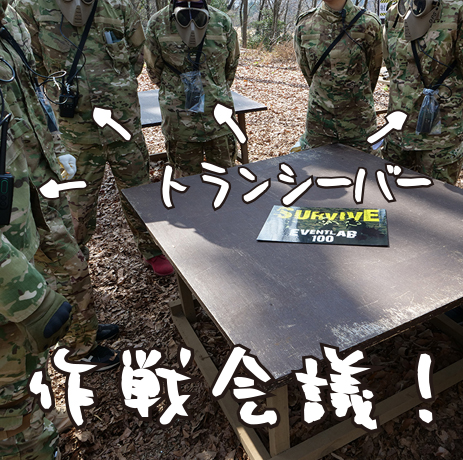 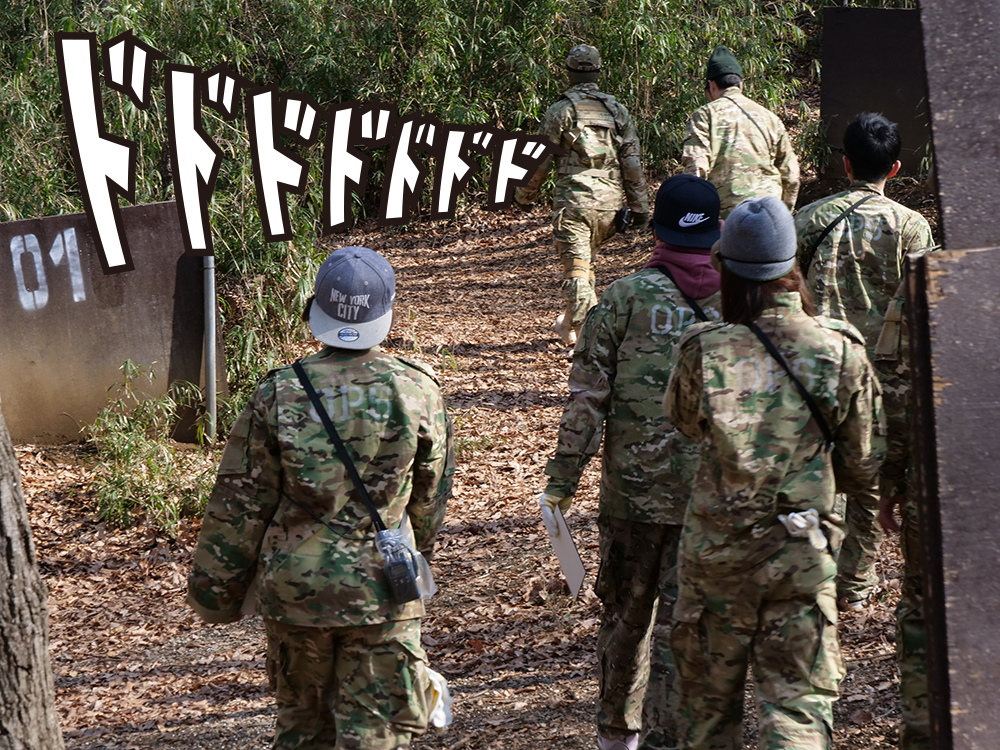 Having fun from training

The place is taken out of the office, into the forest. By requesting a to a well experienced event company, the person in charge could have less burden and more participation. Get out from your online games and jump into a real-life excitement!

What team is all about

The biggest attraction of this game is that the goal is simple, to win with the team. Reaching a goal may be simple, but it needs strategy, action, wider view, and the guts to challenge. Mission being completed is when the team feels accomplishment and teamwork. And this is the valuable point that can also be used at work. 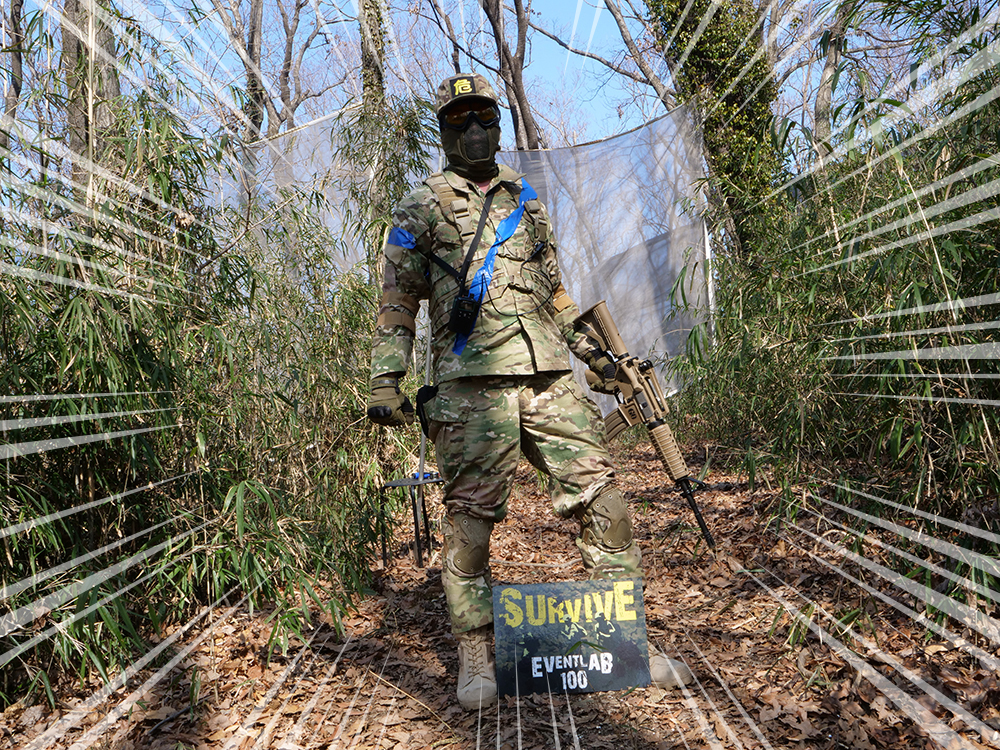 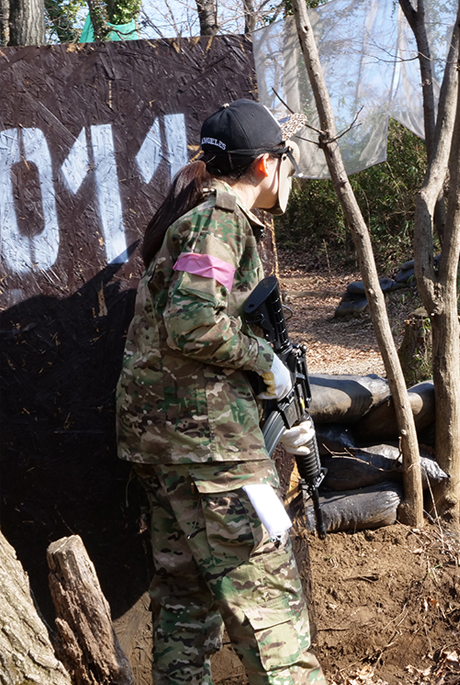 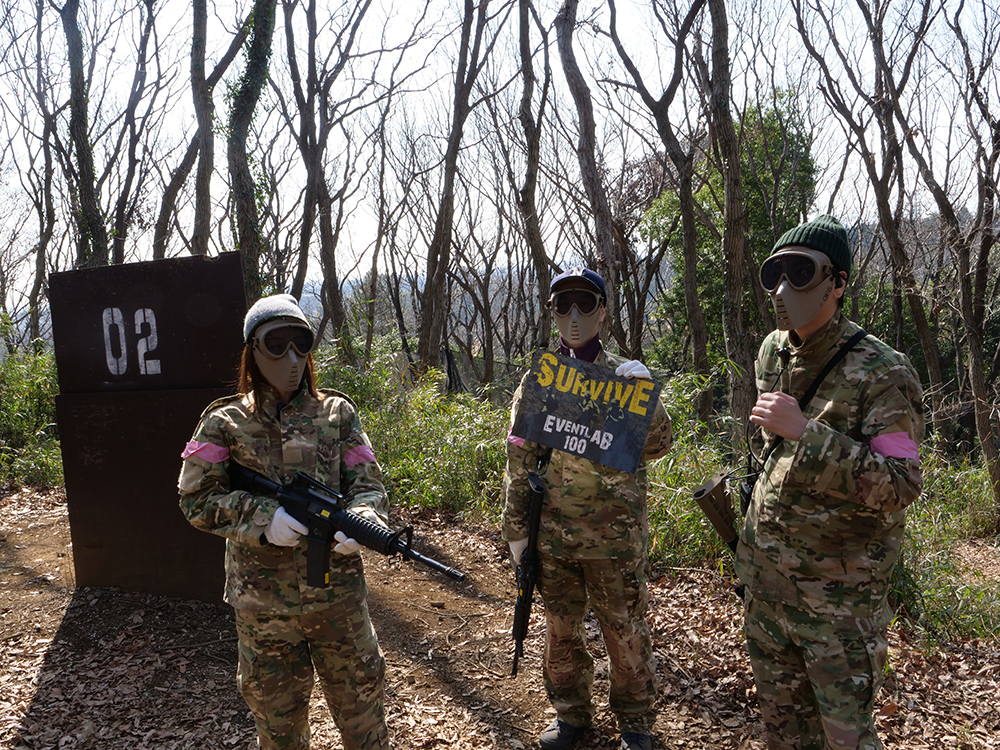 Getting out of the city and into the forest must extraordinary. Running in the nature, shooting airsoft can reduce your daily stress and refresh your mind.

What’s important in this game is teamwork. Making strategy, eye contact, and understanding your team’s moves. You cannot win without communication.

“Wait!” does not happen in a battlefield. You need to know what is going on at the moment and act flexibly. Everyone will learn to decide, especially the team leader.

Playing fun is playing by the rules

Airsoft battle has strict rules to be played safe. When played by the rules, both men and women can enjoy playing safe, and each people’s character becomes the strength for the team. The field is separated into a battlefield and a safety area.

[Tip 2]
About the rules our employees played

[Annihilation Battle]
The basic type. The mission is to get down all the enemies.
When both teams survive until the time is up, the one with more people alive win.

[Flag Battle]
Taking the flag in the enemy’s territory is the mission.
If neither of the team were able to take the flag in time, the team with more survivors win.

[Optional Rule/Medic Battle]
In a medic battle, you can get back into the game in a specific way. After shouting “shot”, crouch where you are and wait for your teammate to come rescue you. You cannot shoot but can call for help.